Title: When a Girl is Born

Quote: “At last the time had come to be glad when a girl was born” thought Ko Chin

The book is set in China in the late 19th century. It opens with the ill-treatment meted out to two Chinese girls as compared to their brother. This discrimination is upheld by most men and their mothers. Expressed as cultural, desirability and beauty ideals, practices like feet binding caused the girls pain and made them unable to walk long distances; leaving them with foot deformation. Only a few of them were lucky to be educated as most fathers considered it a waste, or worse, a travesty.

Brides, uneducated, were bundled often with little idea of who their husbands were into vehicles and delivered to his family’s house like a parcel. Thus, her family was relieved of a burden. Her job was to serve his family, suffer more ill-treatment and bear him sons. If this is her experience, she is lucky to not have been sold to a family who will treat her as a slave in all of the terrible ways a girl could fear. Her only escape then would be suicide.

Her destiny is left at the mercy of the few kind men available. Our protagonist Ko Chin was rescued from being sold into slavery by a kind man who tells her the alien command that she is to choose rather than obey. He encourages her to share her opinions and values her advice. She is then able to discuss with him and his friends on topics once thought to be for men only. Like society, politics and government. In his courts, she proclaims the problem with their society being that boys are treated like royalty and not trained for resilience. Hence the weak response to colonialist threats evident in their soldiers.

The unfair attention women gave to their sons is explained by the fact that husbands showered affection on other women but sons adored their mothers. On the other hand, daughters were considered an hindrance by their own mothers.

The fact that all of this occurred less than 150 years ago puts it in a sordid perspective and makes you realize how far the rights of women in China has changed. It is hinted that they may have had better rights in the distant past but these ebbed over time due to selfish political, colonial and religious interests.

The agitation for better treatment was kicked back to life in this book by the influence of foreigners, new politics, new religionand a yearning to be a scientifically advanced nation.

Ko Chin’s husband and saviour, Huan Lao, is a the revolutionary who slowly helps her break the physical and emotional chains she is bound by.

The stifling old ways however, have been so ingrained that it is difficult to adapt to his new ideas for women’s emancipation. On the other hand, she finds that freedom is not totally a bed of roses.

Bravely,  she learns from her husband, tutors a member of the Royal Court and eventually becomes a trusted adviser for the revolutionary movement. In spite of all this, she is locked in the frustration of trying to have a son for a husband who places revolution ahead of intimacy.

In detailing the lives of the characters, Grant carries us through the experiences of women of that time as they navigate public life and private things like religious rituals, the home, sex, miscarriages and contraception.

The city suffers massacres but our characters narrowly escape and benefit from the cocoon of privilege, proximity to power and pure chance. They come in close contact with white foreigners we also see that colonized people express aspects of racism in their resistance of the oppression of the outsiders.

With her newfound position, she is able to save her sister from a marriage that would likely have killed her. The ruling dynasty is finally forced to succumb to the new order and Ko Chin finally gives birth to a daughter. Both events symbolize a new dawn in China that this girl would have a better future.

It was a revealing read that provided many details into the life and times of women in that period in history. Many aspects of it mirror the experience elsewhere and encourage us to question systems that hold some of us back.

I am grateful to my friend T, who gave me this book as a gift. 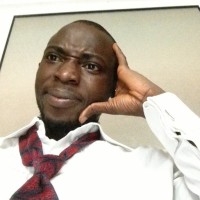 Hey I'm Hiba maha welcome to my lifestyle blog were I share life hacks, easy healthy recipes, and how to stay productive.....

A Muslimah in her Hijab ; A Pearl in its Shell

The Window To The Future

A Life Crisis With Charlotte

Happiness can be found even in the darkest of times, if one only remembers to turn on the light.

I want to be rich. Rich in love, rich in health, rich in laughter, rich in adventure and rich in knowledge. You?

The lady and her personality